Last Saturday I had the opportunity to be a leader for a photo walk as part of the Scott Kelby's worldwide photowalk here in the city of Brno. We were only four in total but despite our short number we had a very good time. We were Tomaš Burian and Viktor both czech, Marison from Philippines and me of course from Peru.

We had had very sunny and hot days during that week but on that Saturday the weather betrayed us! Earlier in the mooring a rain welcome the weekend so our international group had to deal with a cloudy day but we anyway we spent a fantastic time walking trough the park Lužanky photographing almost anything to then finish in a great restaurant called Cerny medved with czech food an of course with south Moravian beer. 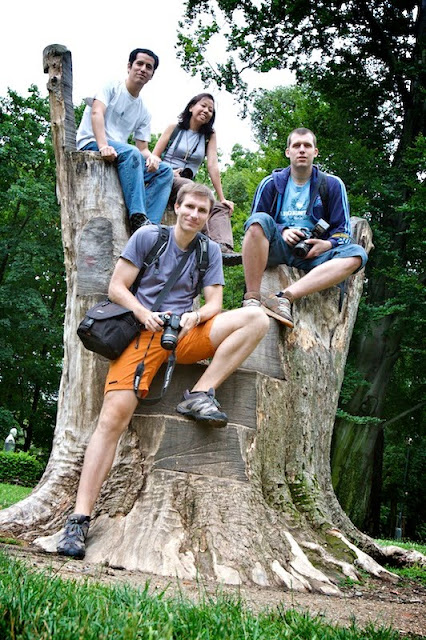 A great shot from Tomaš Burian.

A pretty actress from the city theater.