Merry Christmas and a happy new year!!!
Email ThisBlogThis!Share to TwitterShare to FacebookShare to Pinterest

Houses of poverty and beauty.

This is an old project back in my student times.
A place quite close where I used to live.
A place where the silence witnessed how poverty arrived and a rusty beauty evolved from its sadness. 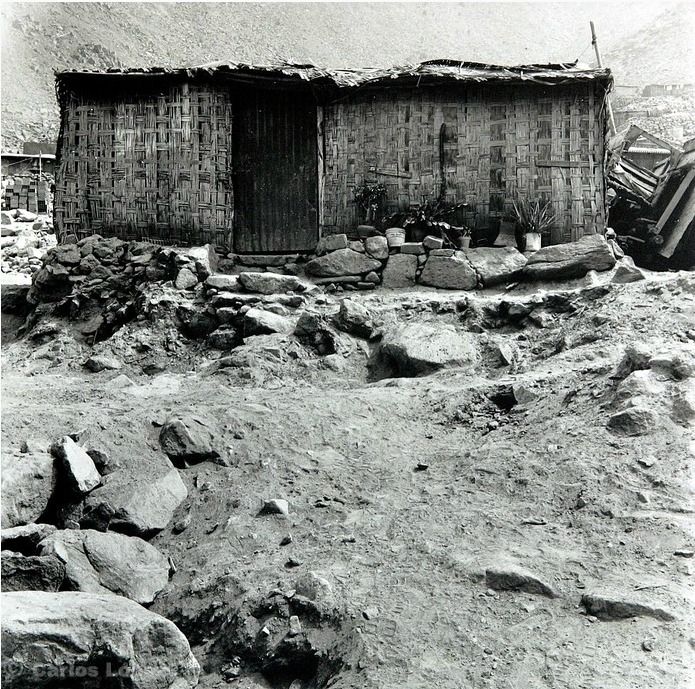 I used to to work in a cruise line and beside how nice it looks is actually a very hard work. As many things in life nothing comes free. Yes, you can go to exotic places for "free" but you work everyday (no days off never ever) for around 10 hours or maybe more depending of your department. You work hard for your money and the company but they (your supervisor, manager or someone with authority over you) can just screw you up if  you make one simple mistake or simply they don't like you. Cruel and true. The best part in my opinion is that you have the opportunity to work with people all over the world and make friends that likely you wont see any more once you or them left the job on the cruise industry.

Anyway, just check this blog: http://mycruisinglife.com and you will find more information in the good and bad side about the ship life. Personally, in this case I won't be neutral, so I rather let the post to someone else.

Crew member from the bar department.
Email ThisBlogThis!Share to TwitterShare to FacebookShare to Pinterest

I took this photograph in the streets of Cuzco. The "job"of this woman was walk around the city and request a tip for a picture of her, with her or with the little calf. But the detail that call my attention was how she carries her son on her back. It wasn't the first time I saw it but that day that little boy was moving from left to right like trying to get into the photos that were taken to his mother with no success. So I decided include him a did although he didn't smile.  : ( 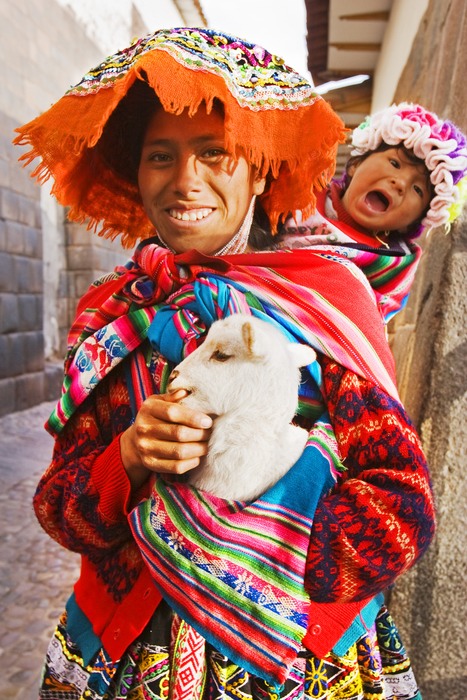 In my current group exhibition I am showing my series "Chemigrams",  I start this series with an act of of improvisation that became let's say... euphoria. It was simply creative energy flowing. Nevertheless the spark that started that fire was originated by an accident.
I had forgotten my box full of photographic paper on one bus, so the chances to get it back were 1/10 but for my luck I got it back next day after have researched the company and got their address.
So, I was happy once again in the dark room of the college printing a photo until I saw how the paper become totally black just after being submerged in the developer. Holy s**t!!! the driver of the bus had opened the box looking for something of value but he only found white paper. So that's why I could get it back, it wasn't the honesty of the driver, was that it didn't had any value for him.
I had a package full of photographic paper already exposed or better said spoiled but I was not willing to throw it away, to surrender to the destiny. It had been a prize and I had to take some advantage of it in some way.
The next minutes were some mixture of anger with the excitement of a challenge so I started to to drop the developer on some paper felling my self as a photographic version of Jackson Pollock.


The result is what you can see below. A group of photographs whose lines, shapes and dots evokes an universe of simplicity and as well of chaos.
The exhibition is going to be in the gallery Colorida, Lisbon, Portugal from january 13th till february 17th 2009. Everybody is invited

Photojournalist James Nachtwey is considered by many to be the greatest war photographer of recent decades. He has covered conflicts and major social issues in more than 30 countries.

Here he sees his TED Prize wish come true, as we share his powerful photographs of XDR-TB, a drug-resistant strain of tuberculosis that's touching off a global medical crisis. Learn how to help at http://www.xdrtb.org

Email ThisBlogThis!Share to TwitterShare to FacebookShare to Pinterest
Labels: ted

He is David “the fire eater” I met him in Belize city where he lives (i think in the streets) and works. His show consist in turn off a light torch with his mouth. He make his show most of the time for the tourists from the cruise ships in return for tips.
One day after his show I decided make some close ups to try to “catch” his burned tongue and vivid eyes so I went to ask him and he accepted without ask for more money, after a session of seconds he said very loud: You are my friend!!!
Two weeks later I saw him again and I gave him two photos 4×6 of him:one performing and the other of his face smiling, he liked the gifts. My surprise would be 4 months later when I came back to Belize and I saw him again. He had made enlargements of the photos by simple photocopy and used one like “promotional poster”. while the second one was framed and next to the basket for his tips. 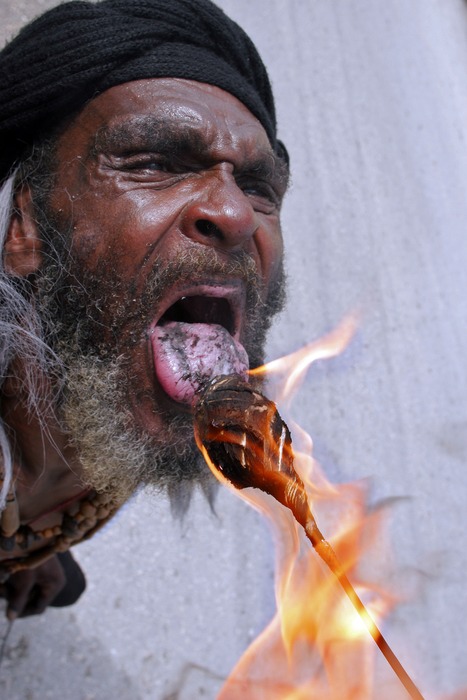 Now, something to think about. David once was like all of us a little boy full of dreams and plans. Can you imagine him in that period of his life?

Email ThisBlogThis!Share to TwitterShare to FacebookShare to Pinterest
Location: Belize

Somebody doesn't let me sleep...

He woke up at 4:15, drunk his in milk in 20 minutes then I change his diapers twice in 10 minutes, he tend to “pee” and 5 minnutes to later “off load”, never at the same time. Diapers are not free and I don’t have a job, thank’s God, after that I made him burp but he is not sleepy anymore… 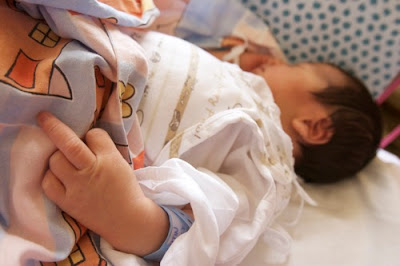 This picture was taken at the hospital the next day after he was born. What I tough it was funny, it was really a warning!!!
Email ThisBlogThis!Share to TwitterShare to FacebookShare to Pinterest

Well after checking the tutorial how to upload a picture (I am new blogging, so please understand me) here I show you some photos o my son. In these photos I am trying to make something like Anne Geddes, wich work I like a lot. Now you maybe will say: hey man you are copying!!! and Yes, I do, I mean if you like somebody’s work, first thing you can say is: I want to take pictures like him/her or even better I want to learn to take pictures like her and step by step you will develop your personal style (which i think I have in other kind of work that i will show in the future).
The act of copy is not bad when is just transition or way to learn. It become a sin when you only do that and claim yourself as “original” without recognize any influence from other people.


What do you think about it? 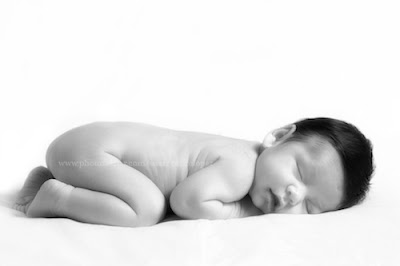 No comments.
Email ThisBlogThis!Share to TwitterShare to FacebookShare to Pinterest
Labels: Creativity

we have to sacrifice them 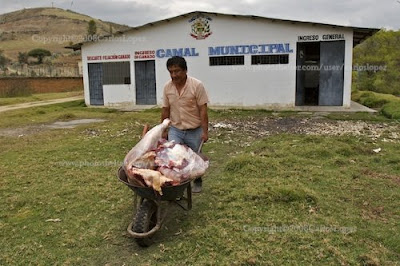 
Does anybody want to become vegetarian?
Email ThisBlogThis!Share to TwitterShare to FacebookShare to Pinterest

When the age matters…

This was part of a project while I was studying. It’s about my grandfahter life. Justiniano Ramos, a simple old man in which last years I had the chance to discover some of the stories  of his life, such great adventures. These portraits are a selection as the best photographs of him. 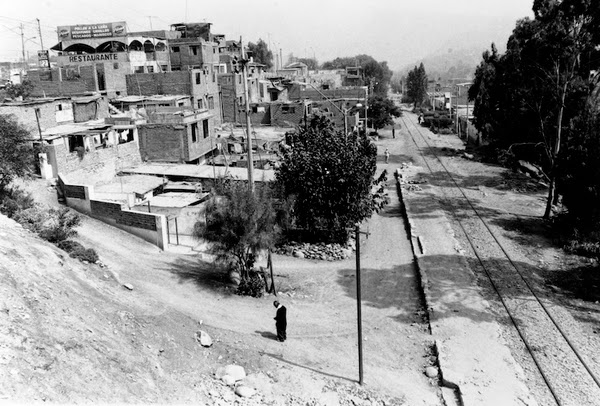 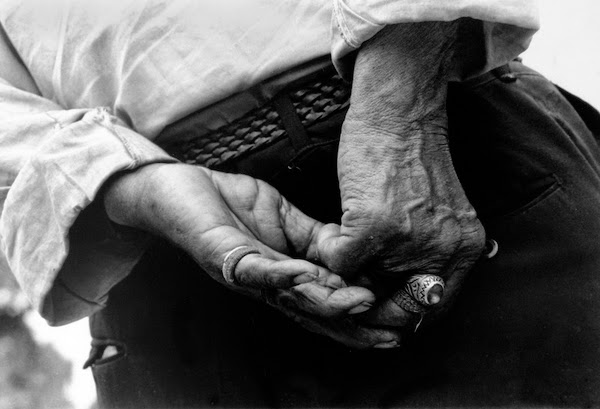 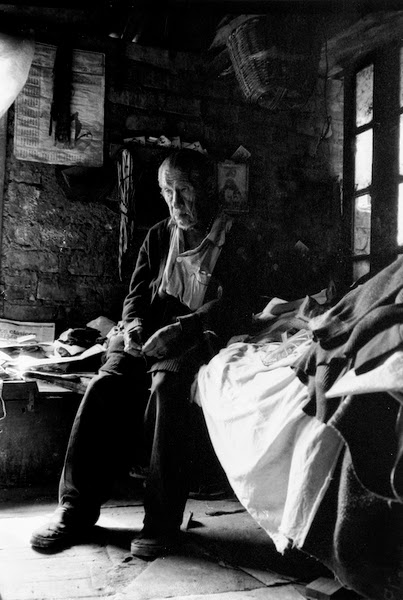 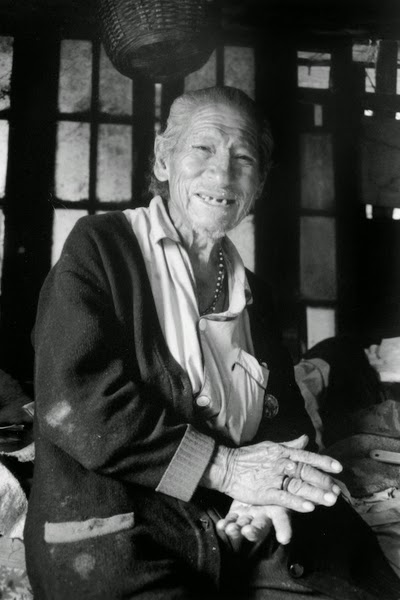 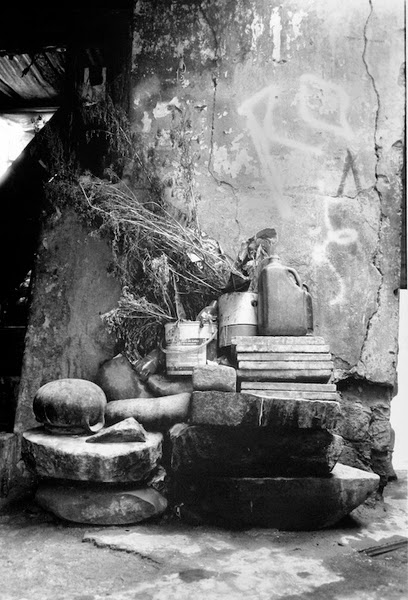 The project was showed as a book with phrases of poems, which in my opinion could help the photo to be read in the way I wanted.
Email ThisBlogThis!Share to TwitterShare to FacebookShare to Pinterest
Labels: Documentary
Location: Chaclacayo, Peru

The boy and his camera.


I met this boy in a walking day by the beach in St. Martin, a wonderful caribbean island.
He was just running to the sea and jumping full of energy and joy. It could not be better for him, all the time to play in a wonderful beach with fresh air.


Then he saw me and left for five minutes to came back with a small toy camera and pretend be a photographer like me.


Maybe one day he will shoot for Vogue, V, Vanity Fair, Time or Newsweek, Who knows? The only thing I regret is that I didn’t ask for his name or I don’t remember it.


Yes, shame on me.
Email ThisBlogThis!Share to TwitterShare to FacebookShare to Pinterest
Newer Posts Home
Subscribe to: Posts (Atom)