The Avant-garde — Abstraction and the New Objectivity
The “New Photography" took shape slowly throughout the 1920's. At ﬁrst, Constructivism and the New Objectivity prevailed, with Surrealism, their irrational opposite, following later. At the end of the decade, individual styles blended into a single whole at the Film and Foto exhibition in Stuttgart (1929). It became clear that common to all the individual paths was “non-art", a trend associated with respect for pure (non-manipulated) photography portraying reality sharply and in detail. Through this, New Photography deﬁnitely separated itself from the approach before it, which had been typiﬁed by misty hazes and spectacles in light.


Detail, only a few years ago deemed incompatible with a work of art, had returned to centre stage.
The New Czech Photography exhibition, based on the Stuttgart model and organized by Alexander Hackenschmied, was held in the Aventinska mansarda, Prague in 1930. It was also the premiere of the Aventinum Trio: Ladislav E. Berka, Alexander Hackenschmied and Jiii Lehovec. its photographers freely employed both abstraction and precise description. Innovations in the New Photography included photographs of structures and textures separated from their context in space, providing interesting uncertainties of orientation (Alfred Ehrhardt, Crete Popper, Eugen Wiskovsky).

The role of photography in society changed as well. The new tendencies evolved against a background of ever-increasing demand on the part of a burgeoning illustrated magazine market, providing new outlets for the medium. The philosophy of the New Photography paralleled this trend both in style and in its preference for brilliantly rendered photographs suitable for printing. Innovations in book printing and gravure reproduction blended with the new, revolutionary cameras (Leica, Rolleiﬂex, Contax, and others) that enabled the photographer to “be there".

The work of Jaromlr Funke is an example of a concept-based and radical approach combined with a perfect orientation in the world of photography as well as that of art. A large number of his still lifes, in which shadows came to assume ever greater importance, evolved during the 1920's, from Cubist inspirations through compositions made up of geometrical shapes to the non-ﬁgurative shadow-plays produced in 1928-1929.
Eugen Wlikovsky applied the psychology of shapes to compositional principles as well as in his own free work (Disaster, 1939; Willow In a Valley, 1915). 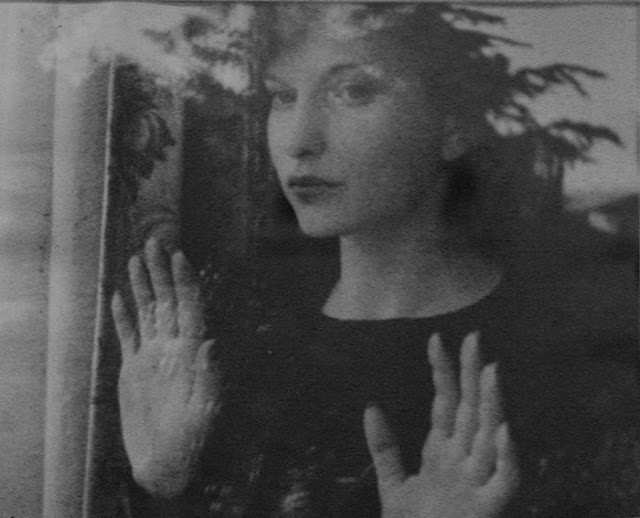 The Avant-garde and Surrealism
Surrealism was, for most photographers, an inspiration for unorthodox, imaginative work. The principal contributions to fundamental ideas in this ﬁeld are contained in photographs by Jaromir Funke, Jindřich Štyrsky and Vaclav Zykmund. Funke returned to the more objective world in 1929 with Reﬂections, a series of photographs of shop windows, and several poetic "assemblages", sets of objects photographed from above. His “Time Endures" cycle (1930-1934) discloses the irrationality inherent in ordinary things. Together with the painter Jindřich Štyrsky he expanded the scope of art photography through static, impersonal shots of the structures typical of civilisation, the meaning behind which was to restrict the artist's part in their representation to selection alone. Vaclav Zykmund's stagings echo surrealist plays.

Experimenting at the technical and technological levels of the medium characterized the fotolinie group (Ceské Budéjovice 1931-1937) and photo-group of ﬁve (also f5, Brno 1933—1936). Fotolinie was headed by Josef Bartuska, while other members represented at the exhibition include Ada Novék and Karel Valter. The ﬁrst exhibition of the f5 group, held in the Museum of Applied Arts, Brno in October 1934, was opened by poet Vitézslav Illezval. Its Olomouc and Prague forms are represented by Frantisek Povolny, Bohumil Némec, Jaroslav Nohel, Hugo Taborsky, Karel Kaspařik and Otakar Lenhart.
Miroslav Hak, the only photographer in the Avant-garde Group 42, which united writers and artists during the Second World War, bridged the world of the mundane and imagination.
Email ThisBlogThis!Share to TwitterShare to FacebookShare to Pinterest
Labels: History
Location: Brno, Czech Republic
Newer Post Older Post Home