Max Cabello, is a Peruvian documentary photographer. Finalist of the Leica Oskar Barnak Award 2014 with his series about Chunguis, a small village in the Peruvian Andes severely affected by the terrorism in the 80's. Founding memeber of the photo collective Supay fotos in this interview from 2012 he share some insights about his beginnings and motivation.


How you start in photography?
All started in the university, in 1995. I was studing Communication sciences and there as was course that was mandatory, taught by Veronica Barclay, that was a very demanding teacher.
To pass the course you had to develop a series. I choose the topic of Circuses. I think I did not do it so bad taking as a fact that I was strugling with the use of the equipment.
As there was no photography program, let;s say I learned in on my own. I read all photograhy books from the university
I remember too have visited an exhibition of Martin Chambi and TAFOS. All were images in black and white...

Why the interest in documentary?
Is because I have interest for  historic literature or anthropological, as well for the works of Peruvian writers, (Mario Vargas Llosa, Ciro Alegria, Jose Maria Arguedas, Enrique Bryce) and some more epic like Iliad.
When I was a child I used to collect album and its figures
Photograph people in a long period of time connect in some way my taste for history or the anthropology. Observe them, participate in their lives and represent what I see trough a photograph is a way to keep evidence of those memories. I think that is like make a study properly researched and in deep.

How you choose your stories?
There is no method on this. Altough a motif  habe been some fascination for the themes and in other cases a need to explore a topic I like.
The series of  circuses was a pandora box. I went to many as a child. When I stared the series I imagined lions, tigers at least squalid but during the process I only saw two sheeps.
In some way the surprise factor is good but works at the beginning and other is try to discover in our everyday symbols that allow us say something.

You started as a daily news photographer, in what moment decide to develop long term projects?
I think that was the methodology I learned since I was in the university (to talk to the people, not be invasive, spend time with them, etc) I felt like I am constructing a novel or a feature film.
I am not saying I dont take individual pictures but I am bond to this kind of work or make series.
When I started to work in the newspaper I had already this formation.
By the way I like the work of the people of Magnum until 1997 (Salgado, Bruce Davidson, Koudelka) 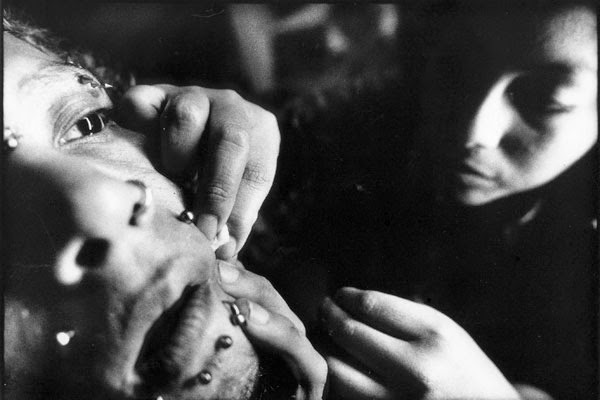 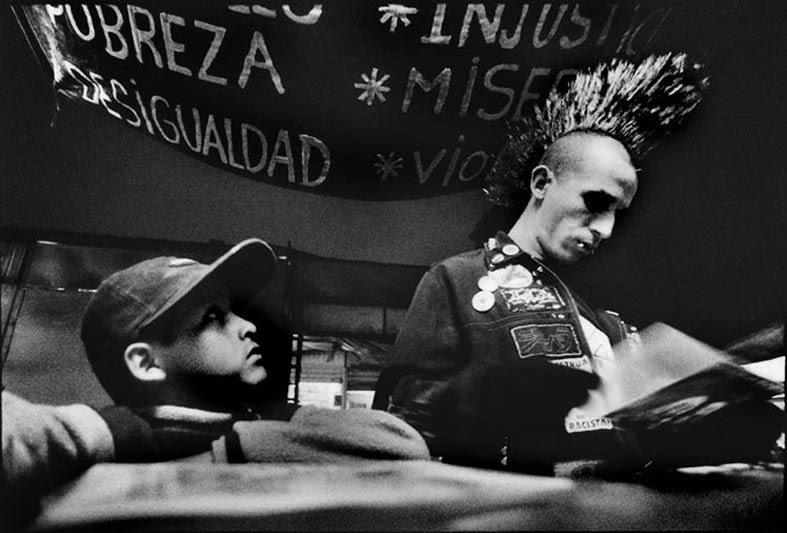 About your series about punks in Lima, how was your approach to them? Tell me more about it.
This was due to i wanted to do something about young people. Is a story of youth, it is still ongoing.
Between 1998 and 1999 I started to go to concerts, I think I went to as many as I could, mostly punks, dark and festival where both genders converged, there I took photos of bands, then I became friend with them and decide to photograph the punk scene.
In some way I was inside, everyday was about music, sometime about do nothing, the unconformity, the inevitable alcohol and the mosh pits. I was there, not always taking photos until approximately 2005

There was something I think was urgent, that there were no reportages in deep about youth or was a topic that was not taken seriously the idea of portrait a generation that wanted to say something. There was no a graphic memory of the young people of that decade, not necessary related to the music scene.

In what moment you decide a series is finished?
Before I though that having a groups of images that contain all was enough. That there should be a emotional fatigue to say: I am done. But of course I could not determinate when do the cut.
Now I think no series is done in itself. Even i would like to continue some but because of time is difficult.
I would say I don't like ending, I rather continue them.

Your topics are about marginal people, why your interest on them?
I don't know. I felt a nesesity to photograph them, specially because I saw that some topics in Peru were not shown. Around the world yes, but not here (like the punks).
The search to know and portrait a generation is more a power of the literature (the first books of Vargas Llosa, Oscar Malca, Oswaldo Reinoso) but in a photographic level I could not find.